A key change to Apprenticeships is the introduction of the Apprenticeship Levy.  This third article in our series explains how it will work. 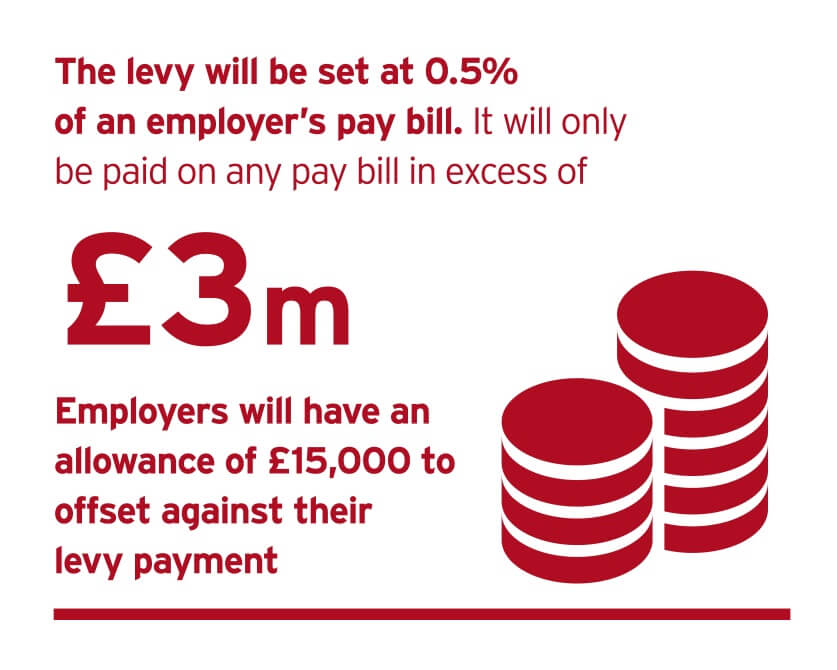 Apprenticeship Levy Is 0.5% Of Payroll Over £3m

From 6 April, employers with a total payroll of over £3m (there are about 22000, according to HMRC) will start to pay the Apprenticeship Levy.  This is payroll tax of 0.5%, collected via the PAYE system, with a £15k allowance, thereby exempting those employers whose payroll is less than £3m.

The Government will top up the levy with a 10% contribution and the total sum will be held in a digital account, to be used by the employer in paying for apprenticeship training.

These funds expire after 24 months, indicating a clear desire from Ministers for employers to step up to the plate when it comes to training new employees and their existing workforce.

Employers with a payroll of less than £3m will not have digital accounts at this stage of the reforms.  However, they will pay a “co-investment” of 10% of the cost of the training if they have more than fifty employees.  Smaller employers will be able to receive 100% funding for apprentices aged 16 -18.  The Government has retained additional support for these young people – all employers will receive an additional £1000 to help with the additional costs of training a 16 – 18-year-old.

Whilst there are “Funding Bands” for the different apprenticeship standards, it has to be said that overall, the funding regime has been simplified.  This is because employers will be able to negotiate the price of the training directly with the providers.  You can access the details of the Apprenticeship Levy here. 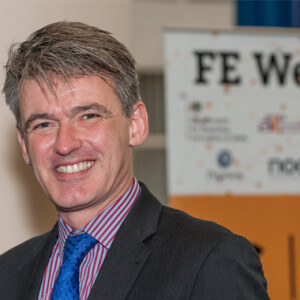 Mark Dawe – CEO Of The Association Of Employment Learning Providers

The Association of Employment Learning Providers has some reservations about the impact this might have on quality, particularly as smaller providers work on fairly tight margins.  The present standardised funding regime has made revenue streams fairly predictable for providers and they will probably need to become more astute to operate effectively within the new system.

Similar reservations exist with regard to the selection of End Point Assessment provision not only because cheap may not always be good, but for reasons of integrity.  Will the provider ensure the Standard has been achieved if that means they may not be selected to conduct the assessments next time?

However, the ability for employers to negotiate price will deliver the key thrusts of the reforms – the improvement in quality and above all, greater control over the process by the employer training the apprentice.  These are welcome changes indeed.

There is no doubt the Levy will concentrate the minds of employers about moving more staff onto apprenticeship training – not just at entry level.  The development of Higher and Degree Level apprenticeships – the highest funding band delivers £27000 worth of training – and the ability for new Standards to emerge and be approved, means training by way of apprenticeship can become the strand that runs throughout organisations at all levels.

I confess to being a little surprised to learn last year that Public Sector organisations would be subject to the Levy.  (It turned out I was less surprised than some people I know in Local Government.)  However, Jeremy Hunt recently announced Nursing apprenticeship training and the College of Policing commented on the potential for creating Degee Level apprenticeships.

Media reaction to both these announcements was disappointing.  It demonstrated clear misunderstanding of the purpose of the changes to apprenticeships.  Reservations about an “apprentice nurse” treating patients (as if) and disbelief that a “Policeman” (there are still no women in the police in some people’s eyes) needed a Degree at all.

Reflecting on this reaction brought the realisation that if you are still living with a 1970’s mind-set, you probably have missed the changes in apprenticeships referred to earlier.  However, that probably also places you amongst the employers who have not viewed staff development as a priority, preferring to recruit in skills rather than train in house.

There is a middle ground, obviously.  From personal experience, talking about apprenticeships to business leaders reveals a lack of knowledge about their scope and potential, the range of qualifications offered and the level of achievement that can be supported.

This is not through lack of action by Ministers.  Once you start to look, the information about the new arrangements is easy to find – everything employers or would-be apprentices need to know is readily available online and responds to obvious searches.

A cultural shift needs to take place if these reforms are to succeed.  Ministers have wisely realised the quickest route to concentrating minds is via the pocket.  The balance between giving employers greater control and encouraging them by means of the Levy is well struck.