It’s National Apprenticeships Week – and things are about to change.  In this series of articles, we discuss the present position, the changes and the benefits they will bring to the UK workforce.

For decades, a consistent concern of employers, economists and Government has been the shortage of skills available to help drive the economy.  Arguably, too many employers have regarded training as a cost, rather than an investment, preferring to recruit from outside, rather than develop the staff already working for them. 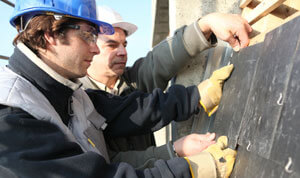 Earning Whilst Learning – A Major Benefit Of Apprenticeships

Whenever political debate takes place about immigration levels, the voices of those concerned about increasing pressure on public services are matched by businesses who need to maintain a highly skilled workforce.  As Home Secretary, Theresa May argued to reduce immigration from outside the EU, only to find consistent opposition from Vince Cable at the Department for Business, Industry & Skills.  Productivity in the UK is significantly lower than in many other countries.

There is no doubt that to keep the economy competitive in the 21st century, to build all those houses we need, to care for people in later life, to deliver the new medical treatments available – and to do this without continuing to depend on people coming from outside the UK to work here – we need to develop a highly skilled and really adaptable workforce from within the talent we have available inside the UK.

That is why fundamental changes to apprenticeships, developed by the Government and championed by Robert Halfon, Minister for Skills at the Department for Education, are so important.  Equally important is the need for people, be they employers, existing workers, school leaders and parents of those presently at school, to really understand the changes and the opportunities they bring.

Apprenticeship training has undergone many changes over the years, but generally followed the pattern of workplace training, coupled with development of underpinning knowledge.

Perhaps this may be described as showing the “How” and teaching the “Why”.  In this way a future Bricklayer inserts brick ties at regular intervals as he or she builds a structure under supervision on site, but is taught the physics that demonstrate their importance to structural integrity off the job.

Regular skills assessment and testing show what progress is being achieved and when the individual has completed the programme, they have a qualification that is portable and means exactly the same to their present, or any future employer.  More importantly, their employer benefits from the greater productivity that worker will bring to the enterprise.

Apprentices Can Be Any Age – And Doing Just About Any Job!

Whilst the historical apprentice would most likely be found in a craft occupation, more recently the scope of apprenticeship training has broadened to encompass a far wider range of occupations covering every sector of the economy.  At the same time, the age at which people undergo apprenticeships has broadened and the level of qualification being offered has grown as well.  One of the most senior (in age, as well as position) staff in SuperSkills is presently undergoing a Higher Apprenticeship, giving her further skills which will equip her to manage the complex administrative tasks associated with a training business.

Whilst all these changes have had benefit, it has remained the case that people’s views about apprenticeships have not shifted very much.  Mention apprenticeship to most people and they will have an image of a spotty youth, who is learning the basic skills of a craft-based trade.  They will see an apprentice as somebody who is entering the business as a new starter, rather than an existing employee requiring skills development.  Talk of “apprenticeship” will often bring a response “We’re not taking anybody on at the moment”.

The provision of apprenticeship training has also been variable in quality, employer focus and relevance.

The quality issue is of particular concern, with some establishments trying to manage large cohorts of learners, haphazardly planned sessions and poorly resourced delivery.

Employers have sometimes been given “take it or leave it” course schedules starting only in September, even though programmes are meant to be “roll on, roll off”.  Little liaison with an employer has been frequent, with, in some case, issues about attendance or behaviour not being reported.  Progress updates have not been forthcoming.

Relevance to the job skills required is crucial.  As methods, processes and materials available change, so do training courses, so they reflect the “real” world.  It is not unusual to find “legacy” issues listed as “mandatory” in course specifications.  This is especially relevant where requirements for assessment include such issues and “inferring competence” (saying because a candidate can do “X” he/she must also be able to do “Y”) is not appropriate.

More worrying is the delivery of an inappropriate qualification because the provider cannot undertake the one most relevant to the business need.  A few years ago we trained the bin collectors for a local council in the relevant Waste Management qualifications for their job roles.  The previous training provider had insisted Customer Service qualifications were appropriate, simply because that was all they were able to offer.  Polite bin collectors are all very well, but waste collection and disposal is, for obvious reasons, a highly technical occupation involving work on busy roads and dangerously unforgiving equipment.  That’s why it is so important to get the training right.

Robert Halfon and his colleagues have seized upon all of these issues as they drive the reforms to apprenticeship delivery in England.  They want to use apprenticeships as an engine for beneficial change, to people, employers and the economy.  They want workers to gain the satisfaction of really having skills and qualifications that have prestige.  They want employers to be in the driving seat and for training to meet the real needs of their businesses.  They want a truly national effort, raising productivity through delivery of high quality training to the workforce.