The “Gig” economy isn’t that new – but it is expanding.  Do we need to change Apprenticeships to meet the challenge? 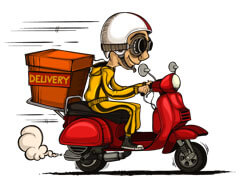 Can Apprenticeships Be “Delivered” In The “Gig” Economy?

An area where further work may be needed with the reform of apprenticeships is that of the so-called “Gig” economy – where people are self-employed, but effectively work full time doing the same thing for the same enterprise.

At the risk of disappointing millennials and media people who see this as something new, it’s not.  Yes, Uber, Deliveroo and some courier firms have brought the issue to the fore, but the construction sector has depended on self-employment for decades.  In fact, the practice is so widespread in construction that HMRC developed a scheme by which self-employment would be catered for in the PAYE system.

Many companies now utilise staff supplied by agencies – Sports Direct is a good example – to the extent they effectively have two banks of staff, those on contract and those they call for when required.  The NHS relies heavily on agency staff – the merits of which are debatable, but in this context it serves to demonstrate just how flexible the relationship between employer and workforce is these days.

Apprentices Must Be Employed – But Maritime Fishing Is All “Self-Employed”

One of the key components of an apprenticeship is the apprentice must be an “employee” in every sense of the word.  Somewhat surprisingly and in a decision Mark Dawe of the Association of Employment Learning Providers describes as “Outrageous”, the Department for Education has come down firmly on the side of this strict definition.

Dawe’s reaction is based in particular on the impact this will have on some existing apprenticeships.  The best example is Sea Fishing.  These have always been non-employed apprenticeships, recognising that seafarers who earn their living in the fishing industry do so purely on the basis of taking a share of the catch.  No fish, no money.  Unable to get out to sea because of the weather, no work.

Whilst the examples of construction and sea fishing seem to be those of industry culture coming up against the hard reality of needing a coherent structure to deliver a policy, there is no doubt need for flexibility.

For young people, an apprenticeship in construction is hard to come by.  I regularly encounter employers who refuse point blank to have somebody “on the books”, even when enquiring about apprenticeships.

However, I was shocked to learn recently the Construction Industry Training Board, which issues the certification at the end of a completed apprenticeship, did so for only 9000 apprentices last year.

There are 2.1 million jobs in the construction sector.  Last year’s number was the same as the year before.  The figures are tracking up slightly now towards 11000 as the sector moves forward, but even in the “boom” of the early 2000’s there were only 20,000 certifications a year.

I’m not alone in seeing a correlation between the employment requirement and the lack of apprenticeship opportunities in construction – and it is not just in the “Trades” – the higher level jobs are subject to the same considerations.  Yet any construction employer and every Housing Minister who comments on the subject points out the shortage of skills as a key inhibitor to housing growth.

The recent White Paper echoes it again.  The CITB regards the requirement as needing 40,000 newly trained workers a year.  Clearly something needs to be done and it is uncertain whether the Apprenticeship Levy will impact on the “indirect” payroll of larger construction companies that goes to their self-employed sub-contractors.  If it does, this may drive the necessary changes.

It may be that Employment Tribunals may come to the Government’s rescue in this regard.  However, recent cases seem to have been about people who were content in their relationship with the enterprise until their personal circumstances changed and most of their colleagues remain quite happy with their position. 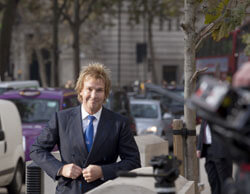 The Pimlico Plumbers case is an exemplar in this respect – not least because Charlie Mullins is probably the greatest ambassador for apprenticeships in the country.

Charlie has a highly successful business and many employees on his direct payroll.  His sub-contractors can earn in some cases over £100k.  If they are direct employees, they earn about £40k.  The Court of Appeal declared the “self” employed worker to be an employee.

The Pimlico case and others may yet be appealed, but if it emerges the sub-contract worker is regarded as an employee in these circumstances, then they may also be apprentices.

These issues are relevant – and not just in construction – where higher skilled occupations are concerned, such as management consultancy, design and the digital sector, self-employment is also prevalent.  There is no doubt an opportunity for reconsideration of the definition of employment in apprenticeships and an argument for greater flexibility as new employment models emerge.